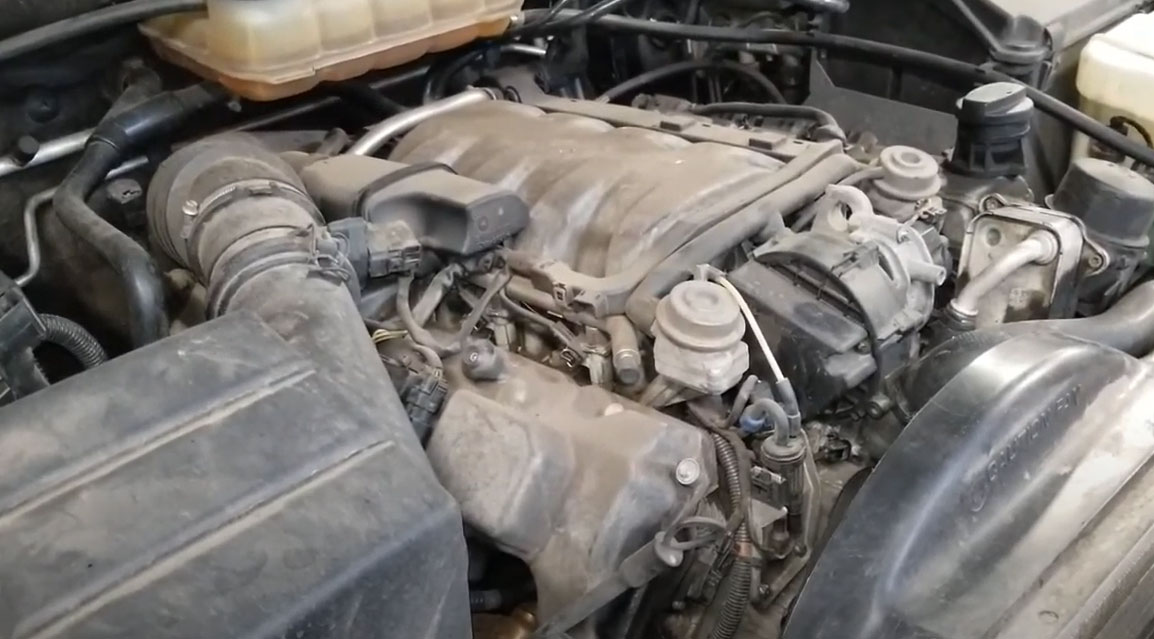 If you’re getting the occasional engine misfire and no one can figure it out, maybe it’s your engine mounts.

This mighty M113 V8 engine wants to jump out of the engine bay under heavy load. You can see it twisting as it tries to shoulder its way off the truck’s frame.

Some mounts are a solid rubber compound, some are liquid filled (like this one), and some are very fancy with electrically charged liquid-suspended particles for variable damping.

All will eventually fail like these. If left long enough, and with a heavy enough foot on the gas pedal, the engine will succeed in liberating itself from the frame. That’s when the real fun begins!