Tips To Prevent Rust In Your Car Exhaust System

Other than your car’s exterior there are few parts on your vehicle that are exposed to the elements as much as your car’s exhaust system. This can be really hard on them because exhaust systems are almost always made of metal and it’s a fact metal rusts easily when exposed to such things as salt, mud and other high moisture substances. Here are a few suggestions on how some people have had success slowing down the rusting process on the inside and outside of their exhaust systems.

Why does rust occur on an exhaust system?

People have a hard time keeping their exhaust system from rusting because your exhaust gets attacked both from the inside and outside by moisture. The rusting process is accelerated when this excess moisture is trapped by such things as mud, dirt, tar and other common types of particles that are kicked up onto the bottom of your vehicle as you drive along a roadway. 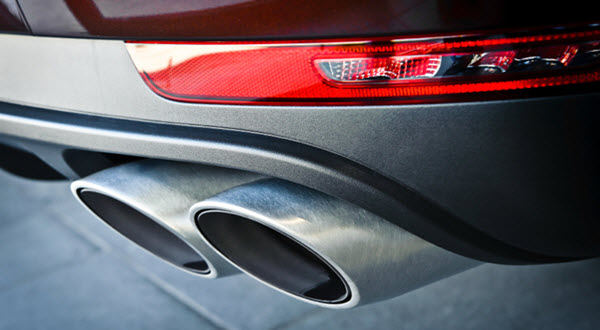 Methods to help keep your muffler from rusting

Some people claim they have had a lot of success preventing rust from forming on their mufflers by painting them before installation. If you are going to try this method make sure you use a high temp metal paint or the coating won’t last long.

There are mixed reviews on doing this. Some people swear by it and say it works and yet others claim that the undercoating will burn off quickly and become ineffective or it will start to emit a very foul odor that you can smell inside your car when you drive.

Routinely spray off the bottom of the car

Spraying off the underside of your vehicle and especially your exhaust on a routine basis will go a long way toward preventing rust from forming on your exhaust system. This will get off most of the road particles that tend to trap moisture against the metal in your exhaust system and help the rust to form.

Some people claim that waxing will help prevent rusting on your exhaust system if it is applied on a regular basis. This makes sense because the wax does not allow moisture, road salt, mud or other rust causing particles to stick on the parts of your exhaust system.

Many people have had success keeping rust from forming on their exhaust system by buffing them out occasionally. This is usually done in one of two ways. The first is by hand buffing and the other is to use some type of powered metal brush. This will remove any unseen rust particles before they have a chance to grow and turn into visible ones.

One of the big reasons that mufflers start to rust is because of the moisture that is always trapped on the inside of them. When you drive your car a short distance 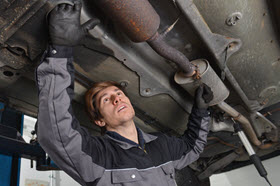 If you live near the beach or an area where they salt the roads during the winter you better get used to the idea of replacing your exhaust every 3 to 4 years if you don’t believe in spending a lot of money on an exhaust system. As was mentioned earlier, no matter what you do it is hard to prevent your exhaust system from rusting, so the better the quality of stainless steel that is used in it the more likely your exhaust is to hold up for a long period of time.