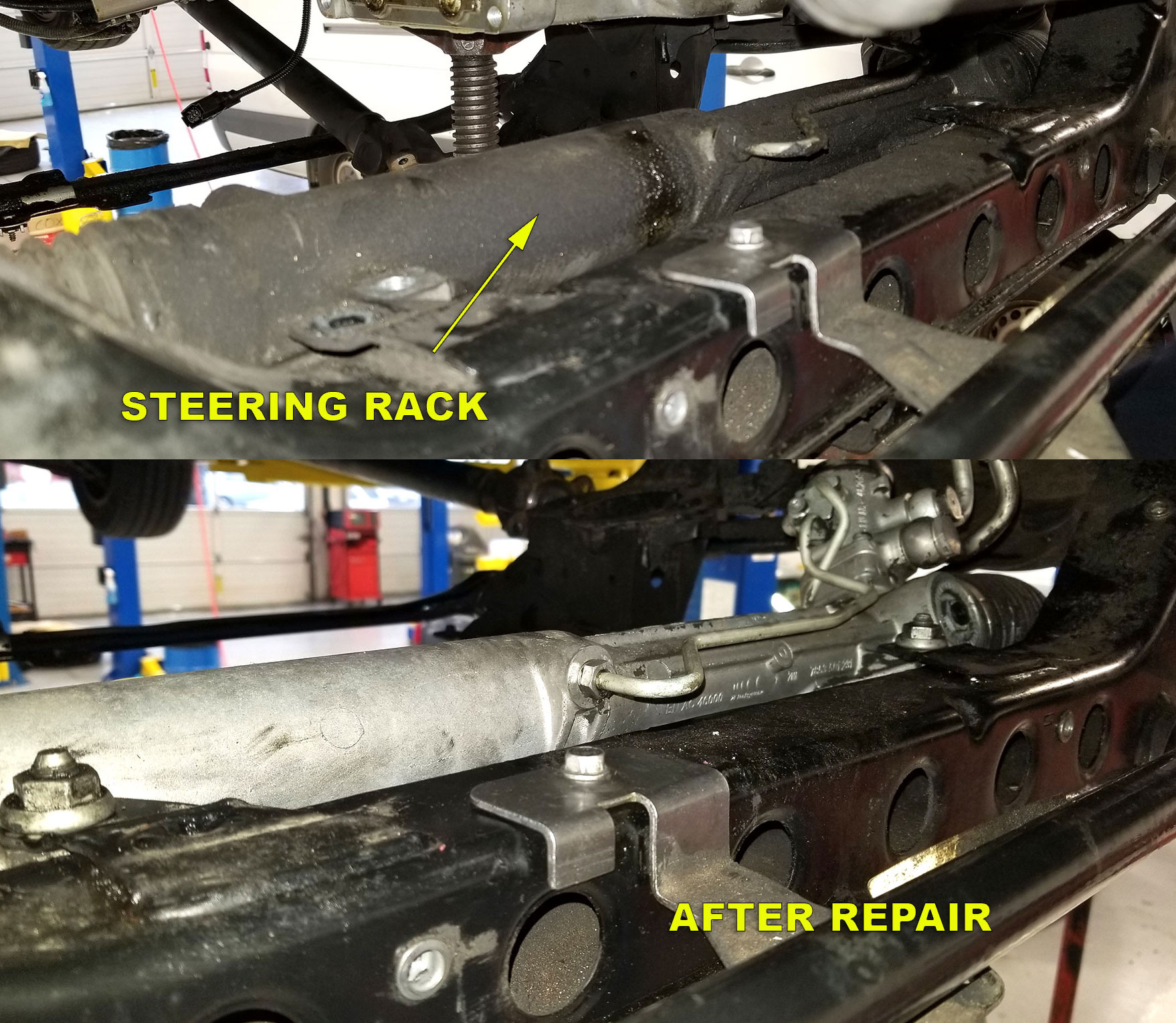 A customer called recently to inquire about pricing. Apparently another repair shop reported that the rear main seal of his E90 BMW 328xi was leaking profusely, which they had noted while repairing a steering fluid leak. The owner wanted to hold off on the additional repair until he had more information.

Because a rear main seal leak on that car — with less than 100,000 miles — would be out of the norm, so I asked if the engine had been fully washed and de-greased in order to pinpoint and confirm the source of the leak. It had not.

He brought in his car and we put it up in the air. The engine sides were wet with fluid, and the bell housing at the rear main seal (not covered by a panel), was covered with oil. The under-panels were soaked with grime and fresh oil (photos 1, 2 and 3 below), but not enough to indicate a major leak. This had clearly been going on for a while. It’s common for owners to be unaware of a leak like this because the under-panels will catch the fluid, so the car won’t leave a wet spot on the ground.

We removed the under-panels to get a better look, and sure enough, the bottom of the engine was covered with fluid (photo 4). The transmission and transfer case were completely dry. The area around and beneath the steering pump were also completely wet, which may or may not have been before or after a steering leak repair. If another shop had been in there to make a repair, they did not clean up afterwards, which made this issue more difficult to identify.

However, even when it looks obvious, it’s best to be sure before pulling the trigger on a $1,000 repair. We de-greased, then pressure-washed everywhere we could, in order to start with a clean slate (photos 6 through 9). We re-installed all of the under-panels, and the customer took the car home. He returned Monday morning, after driving 75 miles, and we took the panels off again. The inspection results were more clear, factoring in the way oil can creep from place to place from wind forces (photos 10 through 14). At this point, it was obvious that the oil pan gasket was leaking, but we might or might not also have axle seals leaking from the oil pan.

The interesting bit of engineering with this BMW N51 engine that has the xDrive configuration (BMW’s all wheel drive terminology), is that one axle physically passes through the oil pan on its way to the front differential. Some car owners become enraged when they learn this — usually when the oil pan must be dropped for a repair — because it significantly increases the repair time (the more common design doesn’t locate a quickly-rotating shaft through the middle of the oil pan). Though BMW wasn’t the first to do this, it doesn’t make the situation better.

Unfortunately, the customer had to get this resolved. Fortunately, he had not authorized a rear main seal replacement based on the prior recommendation, which would have been quite expensive, and would not have fixed the oil leak!

Once the oil pan was removed, we could see more clearly that the differential was not in fact leaking, but only appeared so due to oil creep (photos 15 and 16). After removing the front differential, we could also see that oil had crept from an upward cranny in the oil pan (photo 17). This was a bit tricky, as the entire front sub-frame must be lowered in order to perform this operation properly (photo 18), due of the oil pan’s deep dimensions. It’s easy to break something when trying to take a shortcut around this daunting process. Happily, that allows for enough room to clean out deep recesses that would otherwise be inaccessible.

While were in there, we also replaced the front differential / axle seals.

When we were done, the engine was nice and clean (photos 19 through 21), the leak was gone, and the customer was able to leave satisfied he could drive with confidence. Plus, he now has a clean assembly to serve as a baseline for future assessments of the engine’s condition.

Bottom line … Love your car and it will love you back!